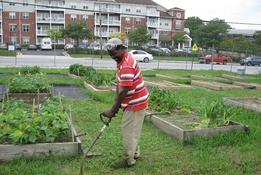 Coordinating a workforce development project, a vacant housing program, the development of a community recreation center, the planning and coordination of an urban gardening program, involvement in the Cherry Hill light rail project, involvement in the MSDE funded “Cherry Hill Races To The Top” grant through Abilities Network, assisting in developing the CHET concept paper for the community, literacy projects, participating on the Family League of Baltimore City (FLBC) community school planning committee and a number of other activities focusing on the community and economic revitalization of the community.

Coordinating with Baltimore City Housing to commission a market feasibility study through Valbridge on the vacant land called “Fisher’s Cove,” coordinating with the Neighborhood Design Center (NDC) for a visioning exercise for the community along with coordinating community focus groups with the Morgan State Institute for Urban Research through a grant from Enterprise Community Partners. These initiatives culminated with a community event to discuss the findings that are being circulated throughout Baltimore City and the State of Maryland. 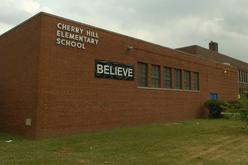 Participating in the monthly Cherry Hill Education Team (CHET) meetings that brought Dr. Freeman Hrabowski to the community to speak about the importance of education in the lives of African-American males and Dr. Gregory Thornton who discussed priorities in education and his vision for Baltimore City Schools. 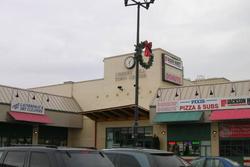